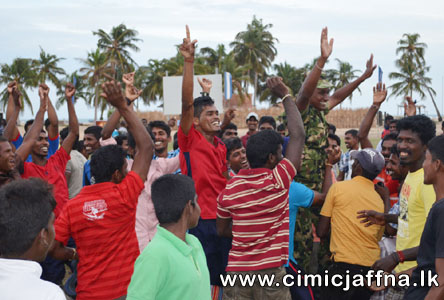 Inter-sports club football tournament organized by the 55 Division of Veththilaikerny came to an end on Thursday (12) making Nagarkovil Ilantharans the champions. The tournament commenced on 1st of September with participation of 11 Sports Clubs in the area.

Ilantharan players defeated St. Marys of Kaddaikadu recording a 05-03 victory after a hard battle. The tournament was organized for the second time by the 55 Division and Commander 552 Brigade Colonel Deepal Wanniarachchi attended the inauguration. 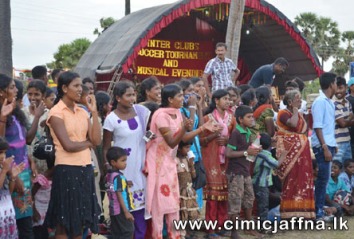